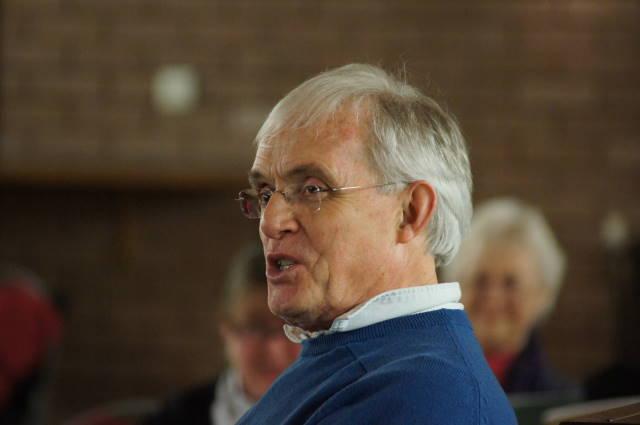 Ian Kennedy was appointed Musical Director of East Surrey Choral Society in 1995 and under his enthusiastic direction the choir has developed considerably. Ian studied at the Guildhall School of Music and Drama, winning many awards, including the Dove Memorial Prize (awarded to the outstanding graduate student) and the coveted Gold Medal for Singers. Since leaving the Guildhall, he has enjoyed a busy and highly varied freelance career that has taken him all over the world as singer, conductor and accompanist.

As tenor soloist, his career has incorporated repertoire ranging from pre-Baroque to contemporary musical theatre and venues as diverse as the opera stage and cabaret aboard cruise liners. He was a member of the BBC Singers for nearly 30 years, broadcasting regularly and appearing at major festivals and concert halls both in UK and abroad. As Musical Director of Gilbert and Sullivan for All he toured worldwide, notably to Australasia (including the Sydney Opera House) and North America, where he directed both the Los Angeles Philharmonic and Houston Symphony Orchestras.

Much of his time is now devoted to teaching. He was appointed to the staff of the Guildhall in 1986 and he also has students at City and Chichester Universities and Peterhouse College, Cambridge. He is a busy festival adjudicator and increasingly in demand for vocal workshops and as a tutor on summer schools. Away from work, Ian is a proud father of twin daughters, a sports enthusiast - and "in remission" from adding further to his extensive CD collection! His passion for music is almost matched by his passion for golf, though he himself admits that he is nowhere near as good a golfer as he might be - if only he had more time for practice!